Wines and mines in South Australia 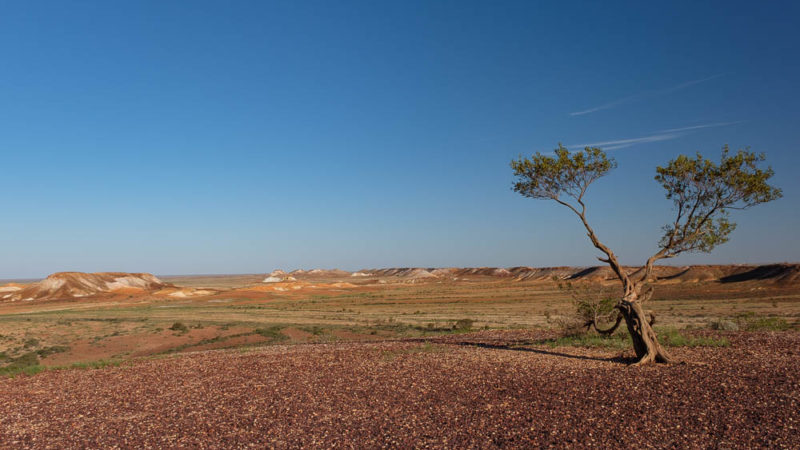 Wines and mines in South Australia

After our fantastic visit to the scorched and damaged Kangaroo Island (or Koala Island as Miek named it earlier) with our own koalas-in-the-garden-house by the beach, it needed to get used to civilisation again. From the ferry it was only a short drive to Willunga, a nice historic town in the McLaren Vale wine region. Our house there, a home exchange, turned out to be owned by a super nice couple who are very involved with the history of the town and the region. She has written a book about it and he, a former marine archaeologist, organises historical walks in the area. The welcome was warm and, before they would leave for a few days themselves, they promptly took us on a tour through the area to show us the nicest and most interesting places in the area. The beautiful beach and nature reserve nearby where you can often see many kangaroos. And why not go taste some wine at one of their favourite wineries? Oh and we should also go to that one winery where they don’t necessarily have very good wine but absolutely the very best ice creams! It is very nice to get to know people that way in whose beautiful house you get to stay for a few days.

The McLaren Vale valley is a very large area where world-class wines are produced. It is much larger than Coonawarra, which is much more compact and smaller. You notice that it is not only larger but also close to a big city: Adelaide, the capital of the state of South Australia. Especially in the weekends it attracts a lot of people. To taste wine at one of the wineries but also to have a nice meal at one of the many good restaurants. And we totally get that. 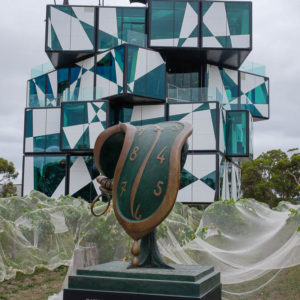 One of the best known restaurants is d’Arenberg Cube. If you’re an attentive Masterchef Australia viewer you’ll know what this is about: it is located in a rather bizarre-looking minimalist cube structure, amidst the vineyards. The chefs had a good look at master chef Heston Blumenthal and have given the menu a Fat Duck-like experience. And with success! If good food with good wine is not enough then you can still immerse yourself in real culture; a long-running exhibition with works of Dalí can be seen in the same building.

During previous visits to Australia, already ten and twenty years ago, we had already visited the Outback in the middle of the continent. We didn’t need to do that again. After all, it is far away and super hot. But there was one place where we still wanted to take a look, Coober Pedy, known for its opal mines. It’s in the Outback, far away and it’s super hot. The road is pretty boring, you basically go straight for 850km on the same road, through dry and less dry deserts with some salt flats. To keep it a bit bearable, we split the trip in two with a stopover in the always pleasant (ahum) but less than exciting Port Augusta, a.k.a. ”crossroads of Australia”, because the only real east-west and north-south routes come together here.

Coober Pedy, the world’s opal capital, is the only place in the world where anyone can get a concession to dig in a piece of land in search of opal. The special gemstone is rare and valuable. The more color it has, the more valuable it is. There does not seem to be a reliable method to predict where in the ground exactly a vein can be found. Only one other option remains: trust your luck. Opal has been mined since 1915 and because it is in the middle of the desert, the best way to find coolness is to dig out your house underground. The town is therefore a colourful collection of rocky hills with spaces dug out in them. After a day of exploring one of the often still operational mines, you can spend the night in one of the many underground motels. Nice and quiet and indeed quite cool. And especially wonderfully dark. 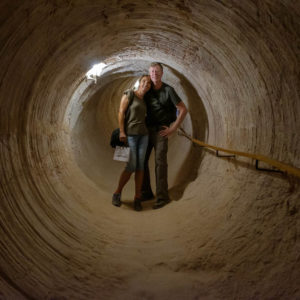 Visiting an opal mine in Coober Pedy

If you dig out your house yourself, you can accidentally come across opal. In fact, there is a story of someone who was working on his eleventh bedroom in the hope of finally striking some opal again. There are no known stories of people who have left Coober Pedy filthy rich. We suspect that, just as with gambling, it is a matter of knowing when to stop; If you find something, stop and don’t lose your profit by continuing to dig for more.

From our previous experiences in the Outback, we should have remembered the omnipresent flies. They prefer to sit on your face, in your nose and ears, by the dozens. That is not so pleasant if you try to enjoy the sunset over the Breakaways, richly coloured sandstone formations just beyond Coober Pedy. That is also close to the Dingo Fence, the longest fence in the world, 2 m high, more than 5300 km long and crossing three states. It was once built to block the dingos in the north from crossing to the sheep pastures in the south.

On the way back to civilisation we made a short stop in the Barossa valley and the Adelaide Hills, again wine regions where top wines originate. It is situated just east of Adelaide and appears to have strong German roots. In the 19th century, German immigrants, fleeing religious persecution at home, flocked to the newly founded state of South Australia. And that is reflected in the street and place names. There even seems to be a German dialect, the Barossadeutsch.

We have now settled in Adelaide for a longer period of time. We thought it would be a good place to recover from all the experiences, to do some work and to discover this unknown city. We are staying in a beautiful eco-home in a neighbourhood in East Adelaide, owned by a super nice widow with Polish roots who still likes to travel the world.

Adelaide, the capital of and actually the only real city in the state, has a Mediterranean climate, is surrounded by some of the best wine regions in the world, has beautiful beaches and there is a lot to do, certainly in the summer. South Australia is also called the “Festival State”. This is not least due to the annual Fringe festival that is being held for the 60th time this year. In addition to the many performances, shows and other events that you can visit, there are artists and musicians on every street corner doing their thing.

We think we are lucky to be here in Adelaide right now, during the Fringe. We suspect that it would be a bit boring otherwise. After all, it is just a provincial town, although large by our standards (1.4 million inhabitants). Where Melbourne and Sydney are internationally oriented, Adelaide particularly attracts people from the local area. We are still researching this, but we suspect that the best restaurants are located just outside the city in the wine regions. We are also enjoying ourselves with visits to the beach, nearby nature parks with lots of wild koalas and the beautiful botanical gardens. It is also just nice to take it easy for a few weeks.

Oh yes, and then it was time for a birthday trip again. It is becoming almost a tradition. We celebrated it on the beach at a real beach club as you don’t have much of them here in Australia (business opportunity?). And of course with a dinner in a good restaurant. We chose Orana, the restaurant of top chef Jock Zonfrillo. In addition to being the chef and owner of the restaurant, he is also the founder of The Orana Foundation, which aims at promoting indigenous food and products. You can see that clearly in the menu of his restaurant in which not only local products but also native herbs and ingredients shine. Fancy crocodile soup or green ants? Very special. The world will soon get to know this chef better because he will participate as one of the new judges in the cooking show Masterchef Australia. I’m looking forward to it. 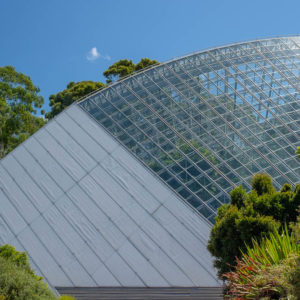 Bicentennial Conservatory in the botanical gardens

After the bush fires, the sandstorms and the floods, media attention here has shifted to the upcoming coronavirus pandemic. But there was one other news item that also caused a great deal of fuss here: the announcement by General Motors to drop the iconic Australian car brand Holden. The American parent company stopped producing cars on Australian soil a while ago and it was just a matter of time before the Holden brand would come to an end. The Australian market, which is right-hand-drive, is simply too small for a separate brand. For many Aussies, it is the end of an era. No more cars specially made for the Australian roads. The end of the iconic Holden Commodore and also the end of the typical Aussie car-with-a-cargo-tray, the ute? It is hard to imagine. In the meantime, we will drive on for a few more weeks in our fine Holden Astra…