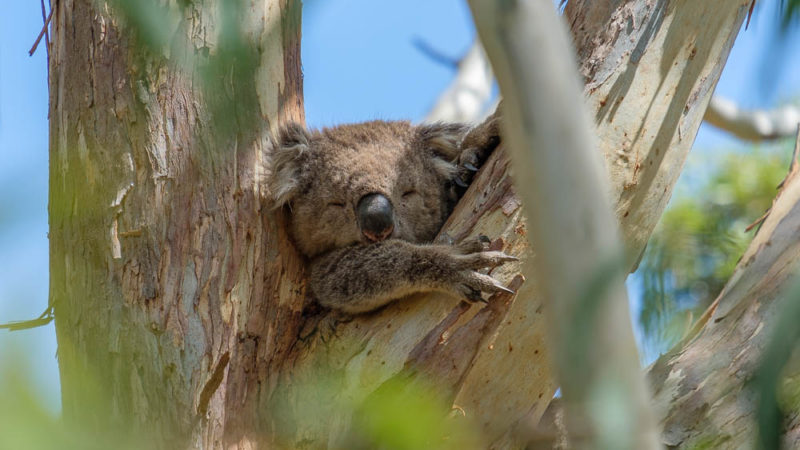 Spotting koalas is a dangerous sport. They live in trees and that means that you have to look up while walking on uneven ground. And it’s a marathon, not a sprint. You have to look into at least 6,000 trees or so to spot one koala. But if you see them… they’re too cute! The best koalas are the ones you spot yourself, while no one else is around. Koalas with other tourists underneath them, or the ones you notice because there’s a car parked on the side of the road aren’t quite as much fun.

Koalas in a wildlife park such as on Kangaroo Island don’t really count, but because they’re sitting in pretty low tree stumps they are easy to photograph. And on rare occasions, you even get to touch them… We don’t cuddle koalas even if the opportunity is offered, because koalas aren’t toys. And we suspect that they don’t like to be held by clumsy tourists. On the other hand, viewing rescued koalas in a park is cool: in the park where we were, around 20 koalas from the burnt part of the island are being looked after. They are in a separate, fenced-off piece of forest and are being monitored and fed. Guests are not normally allowed in, but it was quiet and the lady who was going to feed them told us we could come in with her. We helped her count the koalas in there. Cool!

But the very best koalas are the ones that live in your own garden. I have wanted to live in a home with a garden koala since we arrived in Australia. And this week, it happened! We heard a strange roar and because Erwin thought it sounded a bit like a koala, he went to take a look. Turns out, there was one in a tree right next to our Airbnb! And it got even better, because when we went back to look a little later, there was a second koala in the tree next to the first one. We had our own koalas! Yay …… !!! My happiness was short-lived because they were both gone by the end of the afternoon. Stupid animals.

We took a long time to decide whether or not we should visit Kangaroo Island as originally planned, because more than half of the island has been burned in recent months – including an estimated 30,000 koalas. There is practically no tree left on the western half of the island; there weren’t very many houses there to begin with because it is mostly a nature reserve. But in recent weeks we have read a lot of pleas to come and visit the island, because the people here desperately need the income from tourism. In addition to the disaster of the fires, an economic disaster threatens the 4500 permanent residents of the island. For that reason, and because it is now safe again, we are on the island now. 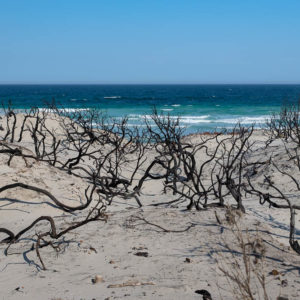 Scarred dunes by the bushfires at Vivonne Bay

Our Airbnb is located in Vivonne Bay, on the south side of the island, close to the edge of where the fires were. You can’t avoid driving through burnt areas once in a while. You often see burnt-out patches next to the road: that does not affect us very much. You can already see the first green grasses and plants coming up again: the roadside will recover. Sometimes you drive through very large black charred plains: that is uncomfortable, and quite awful to see. And sometimes you see the burnt remains of a farm, a vehicle, or signs of establishments that are “closed indefinitely”: that is terrible, and makes us go very quiet.

In the meantime, there is still plenty to see in the unaffected areas. Like for example Seal Bay, where there’s a colony of Australian sea lions. The aforementioned KI wildlife park. And, perhaps my favorite: Stokes Bay. A large white beach with turquoise water, which is always good of course. To get there you have to walk through a kind of rock tunnel. That is a piece of land with very large boulders that are so close together that you have to crawl and sneak through, bending over because the openings are so small. After playing explorer like that for about 50 meters, suddenly you are on a big, white beach. Lots of fun! And as the icing on the cake we saw a dolphin. Small point of criticism: the seawater could be a little warmer. It’s awful! You can really feel that you are only 3880 km away from Antarctica. 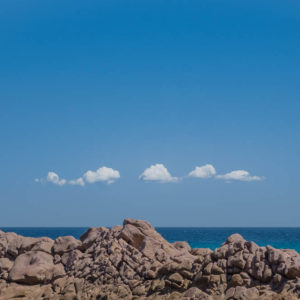 Rocks and clouds at Stokes Bay

Of course we did not go from the 12 Apostles to Kangaroo Island directly, we did that in stages of three days each. The first leg was to Port Fairy, where our Airbnb was a converted garage, next to the house of the owners. They were nice enough, but it felt a bit strange that we could look into each other’s homes. The town itself is not very exciting. Aussies call every place with a limestone building from the 19th century a “historical town” but we like to raise the bar a little higher. We had a nice walk around Griffiths Island, which has a lighthouse and is a breeding ground for shearwaters. We also liked our visit to Tower Hill Wildlife Reserve. That’s a protected area in an old volcano crater, which you can see clearly when you drive around it. After the European colonization it had become a barren area due to overgrazing, but in the 60s it was replanted. And now there are many emus, kangaroos, koalas, possums and other local fauna. We did not walk there for too long because it was very hot, but we still saw a few koalas and greeted a few emus up close and personal. 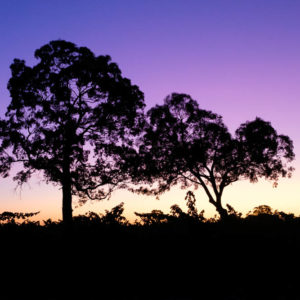 A sunset over the Camawald vineyards in Coonawarra

After Port Fairy it was time to visit another wine region: Coonawarra. That was a very different experience from Port Fairy, although we also had an Airbnb on the property of the owner. But in this case the studio was in a huge garden of a former farm of an older couple, and we were completely free, surrounded by nature and close to the vineyards. We almost got lost in one of those on our first evening. We went for a walk at dusk, because that is the best time to spot kangaroos, but of course it was already dark before we got back. And the description of the walk that we had with us was not super clear.

The owner of the Airbnb, Sue, provided us with of home-made bread and cookies, and had a full fridge ready for us with, among other things, four types of home-made jam, rhubarb and cooked pears. And that in addition to the local wine and chocolates that she had already put on the table. We have never experienced such a generous food offer, really very kind of her. 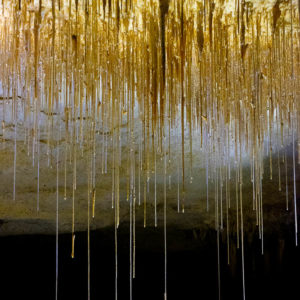 Besides having a lot of grapes, the area north of Coonawarra has another attraction: the Naracoorte Caves. It’s the only Unesco World Heritage Site of Southern Australia, as is advertised everywhere. We visited three of the caves: the most important one, the Victoria Fossil Cave, where many fossils of mega fauna from 50,000 to 500,000 years ago have been found. They were animals such as wombat, snakes and kangaroos (with a flat snout), but much larger than we know them today. The Alexandra cave had beautiful dripstone formations and the Stick-Tomato Cave had the best name. And you were allowed in without a guide. And it was free with at least two paid caves 😊. During a walk in the neighborhood of the caves we were able to admire a normal size echidna and a few wallabies, always nice.

Robe was the last stop before Kangaroo Island. We had heard from several people that it was such a beautiful place on the Limestone Coast, but we were not impressed. There are some nice old buildings, but they’re located on one small street in a town that otherwise does not have a lot of architectural beauty going for it. Of course there’s large, quiet beaches nearby, but it was a little too cold for those when we visited. No problem; we worked some, did the laundry, explored the area, and then it was time to drive to Cape Jervis from where we took the ferry to Kangaroo Island. Where, incidentally, we expected to see a few more kangaroos! Misleading marketing, that’s what that name is. Anyway, the two of us have been lucky: in our memory, it will live on as Koala Island.