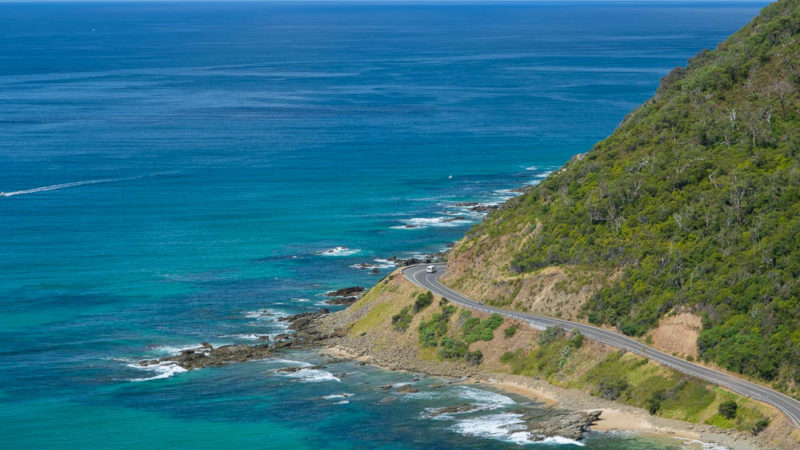 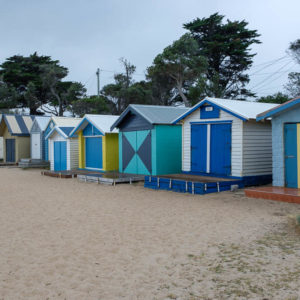 The last time we were in Melbourne was three and a half years ago. We were on our way home from French Polynesia at the end of our second world trip. It doesn’t seem that long ago because the city feels familiar. We settled in an AirBnB at the east side of the city, near Box Hill. It is a good base not only to spend some time in the city but also in the area to the south and east. Box Hill appears to be a kind of modern version of Chinatown with an enormous amount of shops and restaurants aimed at the Chinese minority. We appreciate a good Chinese meal so that actually came in quite handy.

It is summertime which means that the summer festivals season has started. We coincidentally found out, while looking for a nice cultural destination on a quiet Sunday, that in Melbourne the Midsumma Festival would start. It is an “annual celebration of LGBTQIA + arts and cultures” which is kicked off with a “Midsumma Carnival”. And that is colourful, in all respects, and very nice to experience.

It was a day with a lot more culture as we visited the exhibition “Keith Haring | Jean-Michel Basquiat: Crossing Lines” in the National Gallery of Victoria. Both artists unfortunately died far too early, but Haring’s characteristic figures in particular have become world famous. We did not yet know that he also drew koalas in that style. 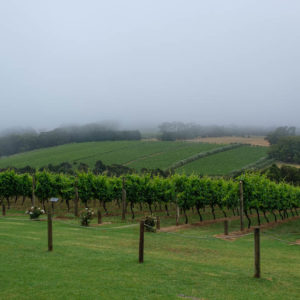 South of Melbourne is the Mornington peninsula with a number of beautiful beaches, colourful bathing boxes, wineries and, on the tip, a beautiful park with the remains of coastal defences. Despite the changing weather which went from summer hot to torrential rains to a sandstorm, we went out to discover it all.

As wine lovers, the choice to settle on the east side of Melbourne was not a coincidence. That is of course where the famous Yarra valley is where many good wines come from. It is a nice area for a day of touring and of course wine tasting. That goes very well in combination with a nice lunch so that’s how it happened.

I always find it interesting to discover and photograph the other, often less attractive, side of a city. Experience shows that it works out well by looking for the local street art like we did in Sydney. Also in Melbourne, near the CBD actually, there are a lot of back alleys with beautiful graffiti artwork. Even though you may not always like the works of arts, it still makes for a nice city walk. 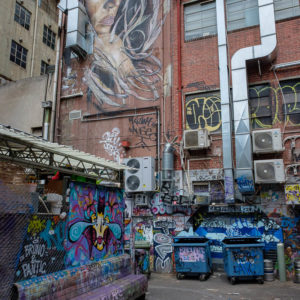 From Melbourne we traveled westwards, to the beginning of the Great Ocean Road. This is a world-famous 243km long coastal road between Torquay in the east and Allansford in the west. It is a major tourist attraction, if only because you are passing the Twelve Apostles, the famous rock formation on the rugged south coast, almost at the end of the road. Along the way you will pass the Surf Coast with its endless beaches with perfect surf waves and you will cross the Great Otway National Park with waterfalls, rugged coast, cute lighthouses and the Great Ocean Walk walking track that’s also great if you’re only doing parts.

There are also many animals, small and large. Cute and, hmmm, sometimes less cute. The first cockatoo is fun but they appear to live in large groups that make so much noise that at some point you could shoot them. Especially when you are still sleeping. And what about that fist-sized spider that sat next to the shower? That was a little less pleasant. Looking for glowworms deep into a dark park after sunset (otherwise you won’t see them, duh) is quite exciting and definitely worth it. And when a large group of kangaroos suddenly appears on your way there, things are good. Things were already good anyway because we spotted wild koalas in several places which is always good fun. Especially when a nice Aussie takes you to that one tree where a mother koala is sitting with her baby, a joey as they call it here. 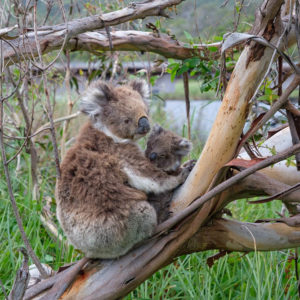 These animals are vulnerable. You know that even when you have rescued an echidna that was about to walk onto a 100km/h road, the next motorist may be less attentive.

It’s very crowded everywhere. Not only because of summer vacation, but also because last weekend was Australia Day which is a long weekend. Australia Day is the day when the Aussies commemorate the landing of the first group of ships with settlers, “The First Fleet,” and thus the beginning of the foundation of the country. There is a lot of controversy around traditions in the Netherlands, and so is around Australia Day here. For the Aboriginal population, Australia Day is synonymous with “Invasion Day”, the day the continent was taken from the original population. The good news is that it is apparently now being discussed openly. Dialogue is always good.

Crowded means full terraces and busy restaurants. But also full parking spaces and navigating around groups of Chinese tourists. I often think about the remark our Tibetan guide made during our trip around Tibet. He said: The Chinese are just like mosquitoes, because there are many and they are annoying. Annemieke says I can’t think that, because it is a prejudice against 1.4 billion Chinese people. So, sssshhh.

I continue to be surprised about all those self-absorbed people who are too busy with themselves and forget to look around. A photo of that place of interest really doesn’t get any better with you in front of it! 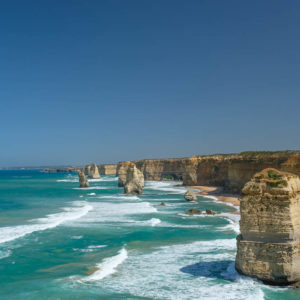 When you travel through nature and stay in remote places, even in such a modern country, it sometimes happens that you have little or no mobile coverage for several days. When there is no WiFi at your guest address either, it suddenly becomes very quiet. And that takes a bit of getting used to. If only because you are so used to quickly looking things up or checking stuff online. A hard copy road map is not all that handy, so sometimes it is worth the trouble to find a village with a telecoms tower to quickly download a digital map of the area and check the weather forecast.

These are all first world problems that we somehow managed to survive. And that’s how we have safely reached the end of the Great Ocean Road, and we are back in the civilised world. That also takes some time getting used to.