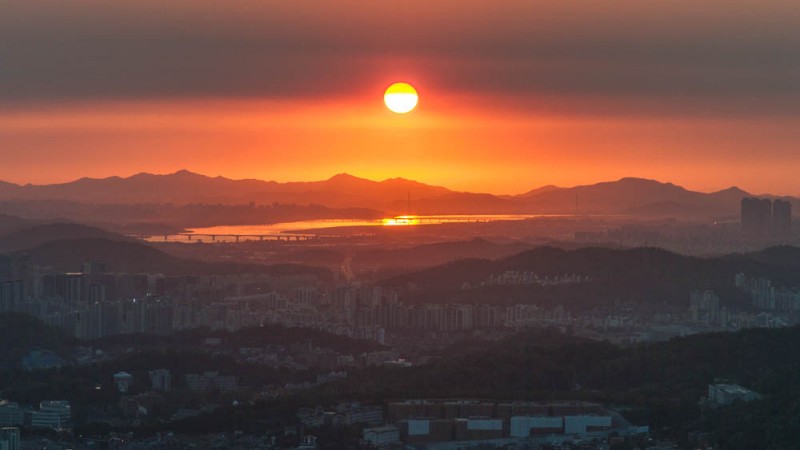 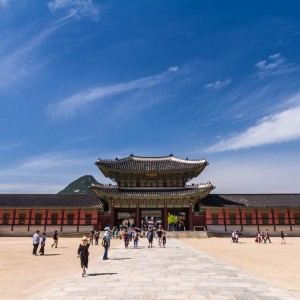 According to Erwin you can tell how civilized a country is by the cleanliness of its public toilets and the way pedestrians are treated on zebra crossings: are they safe or will they be run over? Personally I prefer to measure civilization by the number of coffee shops in a country (of the actual coffee serving variety) and the usage of street name signs and numbers on houses. We are both very pleased that Korea scores well on all counts!

Seoul is now one easily one of y top ten favourite cities. It has so many coffee places we decided not only to not visit Starbucks at all, but never to go to the same chain twice. As a shopping destination Seoul is great, too. And we haven’t even visited the part of town where all electronics are sold! Gangnam (Oppa! Gangnam Style!) turns out to be a shopping mecca with all the well-known western brands and a lot of cute local stores. And scores of bars, restaurants, clubs… one big party.

Everything is great in Seoul, really. Did I mention that the city boasts over 120.000 restaurants according to Tripadvisor? Even when you overlook the many ‘coffee and beer’ and ‘dessert café’ places included in there, that’s more than any one person can visit in a lifetime. If there’s one point of criticism that I can think of, it’s that the old palaces that are being promoted as ‘must visit’, are kind of ugly. And boring. Their location is usually top-notch but the architecture is, well, boring. And not boring like in Japan, very serene, but boring as in failed China: not enough colour, shape, and especially: gold paint. On top of that, most palaces have been recently renovated and now look fake. Unbelievable that Disney can create very old looking haunted houses, but the modern country of Korea is incapable of restoring its national heritage in a credible fashion.

What they are very good at in Korea: barbecue! Korean barbecue is very good and lots of fun. The best part is the little chimney that hangs over your table. How many stone grill restaurants are there in the Netherlands and why hasn’t anybody ever thought of this? 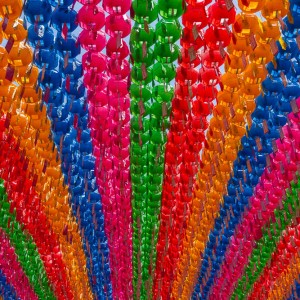 With your barbecue (as well as any other dish you order), you invariably receive a portion of kimchi. Kimchi consists of pickled vegetables with a variable amount of chillies, but it’s usually very spicy. We’re not really big fans of spicy food, but after a week in Korea we found out how you eat it. First of all, you order a bottle of soju to drink with it. Soju is a distilled drink that is usually, but not always, made from rice. It can have an alcohol percentage of between 16 and 45 percent. We found out that the commonest and cheapest variety has around 17,5 % alcohol. The nice thing about soju is that apart from a vaguely sweet and alcoholic taste it has very little flavour, which means it goes well with anything. Even kimchi! Secondly, kimchi is usually only served in small portions so you can also just leave it…

So far, we think South-Korea is terrific, and the unexpected events are as always the best. We did not plan to go to the war museum, but when we were at the monument for the Korean war and the museum turned out to be right next to it and free, we decided to take a look. And it was very interesting, with great displays. So now we know how and why the Korean war started and I learned that it’s still going on… (officially, there’s only a cease-fire since 1953). 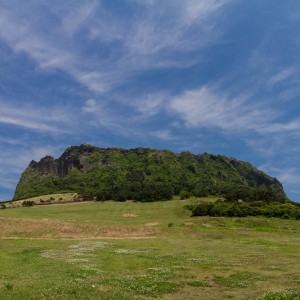 Similarly, earlier this week we wanted to visit a kimbap (sushi) restaurant we found on Tripadvisor, but it turned out to be closed. It was very close to a ‘black pork’ restaurant that we ended up entering as a second choice. And it was brilliant! No English menu or English spoken, but the owner was very friendly and showed us how to barbecue the black pork meat, and eat the eight or so side dishes. Hint: the kimchi, onion, garlic and bean sprouts are all thrown on the grill and you wrap them with a piece of meat in a lettuce leaf that you eat with your hands. The local soju went along great with it.

The black pigs apparently are a local specialty of Jeju, an island in the south of South-Korea where we are now. It is a volcanic island and that’s visible everywhere. Black lava rocks on the coast, huge lumps of lava in various places (see photo) and a very long lava tunnel that we visited immediately, of course. So far, South Korea is a terrific destination. Fortunately, we have 2 more weeks to go!