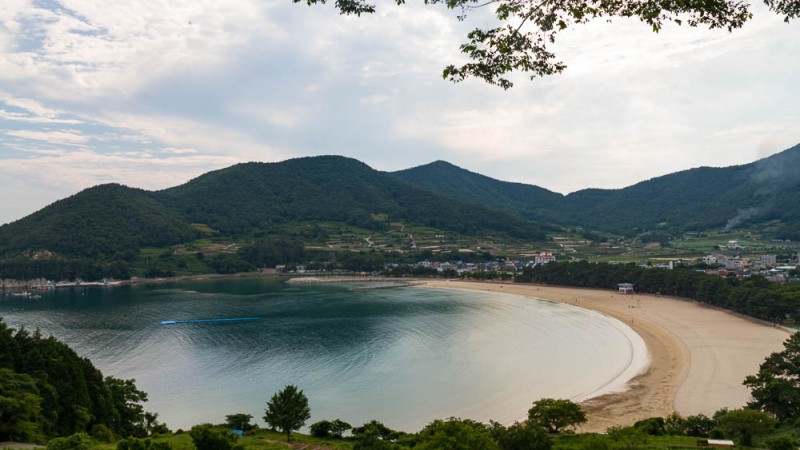 South Korea is the country of the chaebol, the huge business conglomerates. A number of these are well known: Hyundai, Samsung and Lucky Goldstar (LG). These are gigantic corporations that are active on many markets, from cars to electronics and shipbuilding to chemicals. Hyundai has their own department stores, dental clinics, hotels and gas stations. A population of 50 million apparently creates an internal market that is big enough for these businesses to become successful. There isn’t much that is imported. On the road you’ll see mostly Kia, Hyundai, Ssang Yong and Samsung cars. We thought it was kind of funny when we went to pick up our rental car for our tour of the peninsula and found a Volkswagen Passat waiting for us. Apparently they thought it was a better fit for us. 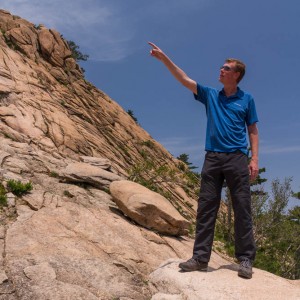 There! In Seoraksan national park

In the last 10 days, after our tour of Jeju island, we have explored part of the Korean peninsula. Driving here is sometimes quite a challenge just like it is in Japan and Taiwan. Many road signs are bilingual but don’t be surprised when that suddenly stops. Good luck with that! Our motto is: when in Rome, do as the Koreans do. Occasionally running a red light and overtaking on the right is very common. It will take some time to adjust when back in the Netherlands.

The countryside is stunning: lush and very green hills and beautiful groups of islands along the coast. There are many ‘tree tunnels’, roads where the overhanging trees form a kind of tunnel. Very pretty.

Villages and cities are basically all ugly and not very picturesque. There are surprisingly many ugly churches. Luckily they have a number of preserved old villages that you can visit like Hahoe village. That was a lot of fun but also very crowded, not in the least because UN secretary general Ban Ki-moon was visiting that day as well. He had to plant a tree. 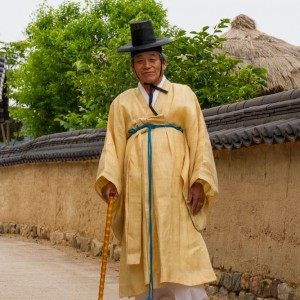 Hiking trails can also be quite crowded. Koreans are fervent hikers and you can immediately tell by their outfits. They are all in hysterically coloured and super complete outdoor outfits, usually waving around those annoying and dangerous walking sticks. And they are loud. They walk the nature trails screaming while playing music. No wonder you don’t see any of those rare wild bears.

National parks are very beautiful and well equipped. There are plenty toilets and at the parking areas you often see high pressure airguns to clean your shoes. The signs are usually very confusing so you sometimes have to accept that you go a slightly different route as planned.

That is not the only confusing thing. Communicating with Koreans is difficult. Their English language skills are astonishingly bad. Even of the younger generations. An American girl that teaches English here told us that that is partly because they learn to read and write in school but basically get no conversation lessons. And of course it is also very scary to talk to these weird foreigners. Kudos for effort though. Sometimes they just start to talk in Korean knowing we don’t understand. It usually results in nothing more than a lot of confusion. Confucianism has had a big influence on modern day Korean culture. Based on our recent experiences we have changed that into ‘confusionism’. 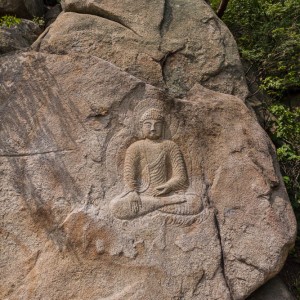