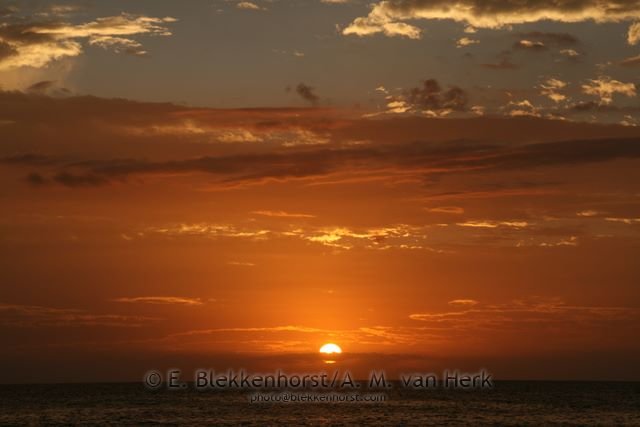 After a bit of a lazy morning (we enjoyed a very nice breakfast with fresh fruits at our B&B) we decided to take the car (a Pontiac Grand Prix GT) and go for a nice relaxed tour along the coast to Lahaina. While we were driving we said to each other that it would be very nice if we would catch a glimpse of a humpback whale in the next couple of days.

At that very instant Miek spotted what appeared to be a fountain of water at sea. Another good look and we realized that it was in fact a whale coming up for air. Woohoo! We parked at the very first lookout point and watched a few groups of whales, some of them breaching. Truly awesome.