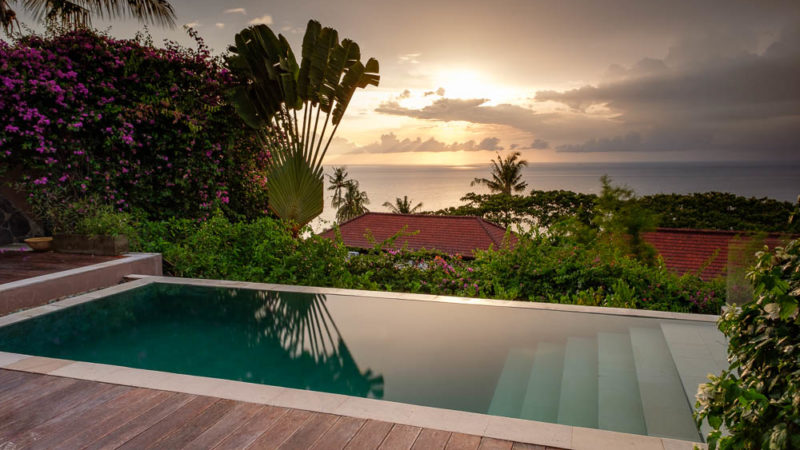 Grand Hotel Europa by Ilja Pfeijffer is a fantastic novel, but not the best book to read while at your private swimming pool on Lombok during the first week of your four and a half month trip. It is about the ill effects of mass tourism, and it also addresses the selfishness – and idiocy – of people who call themselves travelers. Food for thought, that’s for sure! 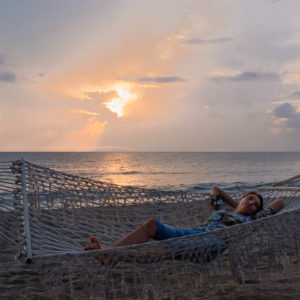 In a hammock at Meru

It started already with the driver who picked us up from the boat that had brought us from Bali to Lombok, who could tell us the nationality of the owner of every hotel we passed along the way: many Dutch, a Swede, an Australian, a Belgian, you name it – but no Indonesians. If tourism only results in low-paid, shitty jobs, whose fault is it when a region depends on it? The tourists’ fault, or the original population’s and / or their government’s, who failed to ensure there is alternative employment?

That question is all the more relevant because Europe is well on its way to becoming such an area: no longer productive and innovative enough to play a significant role in the global economy. Therefore, there isn’t much left to do for the continent to become a kind of open-air museum for the rest of the world, where progress is rampant. All this according to Pfeijffer, and he makes a good point.

Together with our worries about home and the continuing fires in Australia, our next destination, I regularly wonder these days: what the * are we doing, and why? 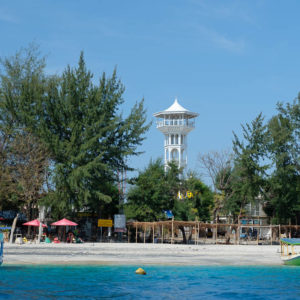 Fortunately I have about four months left to come up with a good answer. And it helps enormously that I am writing this with the softly babbling sound of our mini infinity-pool-with-a-sea-view (those are the best!) at my feet, surrounded by lots of greenery and flowers and palm trees and sunbeds with cushions and – in clear weather – a view of the Balinese Agung volcano while the sun is shining and I can get by by wearing just a bikini brief and optional t-shirt.

In that regard, Lombok is an ideal place to relax. Apart from two trips to nearby beaches, we have only taken one excursion this first week: to the Gili Islands. Gili Trawangan, Gili Meno and Gili Air are located northeast of Lombok and they each have their own character according to our guide: Gili Trawangan is the party island, Gili Meno the quiet island, and Gili Air the family island. At Gili Air we only snorkeled and did not go ashore, but it was immediately clear that Gili Trawangan is a party island. A long line of beach bars, western music, beer, happy hours and the surprising ubiquity of “magic mushrooms” advertisements (you never try, you never know) made that clear.

Gili Meno was indeed a lot quieter, but the water around it was a lot busier, because this is a very popular place for snorkeling. The water is nice and warm (the warmest seawater I have ever swam in) and there were many turtles, always cool. Less fun were the idiots who tried to touch them and those who stood on the coral with their stupid fins. It almost makes you wish that someone would close the islands for tourists such as they did with Boracay in the Philippines, or closer by, the Komodo Islands.

However, according to our guide, Erwin – that turns out to be a normal Indonesian name, we learned during our trip – the Indonesian government has a different plan. Not only will Lombok soon receive direct flights from Doha, a Grand Prix circuit is being built on the south side of the island. And that’s fine, according to Erwin, because the north side of the island will still be intended for ecotourism. Bloody hell. Who in 2019 thinks it’s a good idea to accommodate Formula 1 races?!? Oh yes… 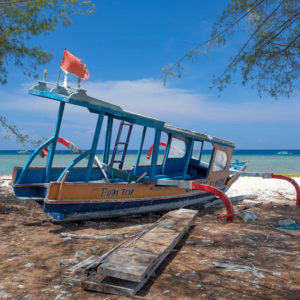 Back to the still relatively innocent Gilis. What’s positive is that the amount of plastic junk on the beach and in the water was not that bad. You will find some plastic, but only if you’re on the lookout for it. Apparently, the plastic-is-evil consciousness seems to be growing here. In the supermarket we didn’t get plastic bags anymore but we could buy a large cheap linen shopping bag, and at Gili Meno we drank our first drink (fruit juice! What did you think?) through a bamboo straw. Yay, progress! Time to close this post with a swim in our pretty little pool…