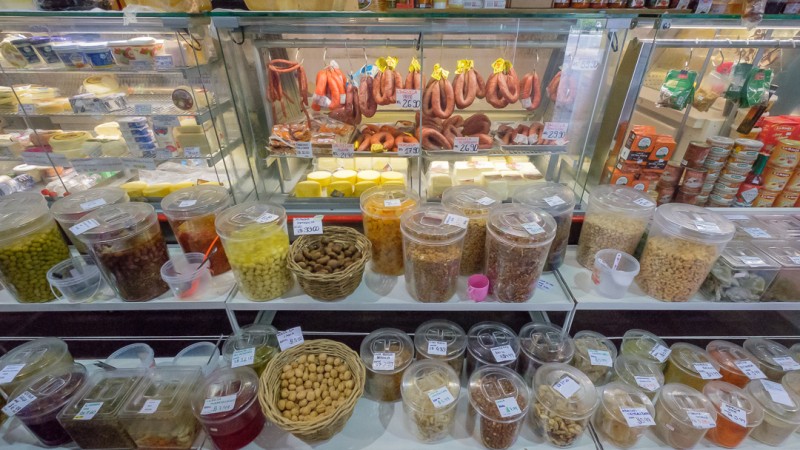 If I had to explain in three words what makes travel so much fun, it would be ‘experiencing new things’. Obviously, because if everything was the same as it is at home, there would be no reason to leave it. In Brazil almost everything is just a little different from what we’re used to and that makes it a lot of fun. This certainly applies to Brazilian eating habits, and since I am a big fan of eating and drinking well, this post is about our culinary discoveries so far. 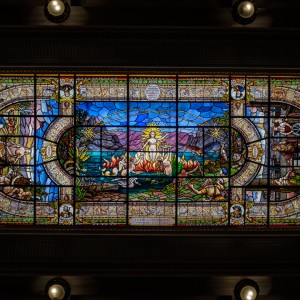 Considering that Brazil has been the largest coffee producer in the world for 150 years, it is surprisingly hard to find a decent coffee shop (of the actual coffee selling variety, we haven’t been looking for the other kind. Honestly). That Starbucks is rarely seen is fair enough, but living in Amsterdam we expected the Brazuca-density would be on par with what we’re used to. Not so. Brazilians may think otherwise, but they don’t really have a coffee culture here. We have been to more than one restaurant that did not even serve coffee after dinner. But the worst are the local cappuccinos: do not ever make the terrible mistake of ordering a ‘cappuccino traditional’: you will get an extremely sweet ‘chocolate fantasy’ type of drink that was made without there even being coffee beans in the same room. Meanwhile, we have learned by trial and error that the safest order is a ‘cafe com leite’; in most cases you get something that looks like a cappuccino, sometimes you get an espresso with a small splash of milk. The best latte we had was on the menu in a small bar as ‘leite com cafe’ and did indeed consist of a cup of hot milk with a dash of coffee in it. Quite funny.

There are other eating habits here that we find a bit strange. For example, the food is usually exceptionally salty, and vegetables are often not even on the menu. For Brazilians, a steak with rice and fries is a perfectly acceptable meal. Sometimes you also get beans, and / or farofa, which has cassava flour as its main ingredient. The advice that you should ‘eat 2 ounces of vegetables a day’ (or do we already have to eat 3 in the Netherlands?) has clearly not yet landed here. And my guess is that low-carb diets are not really a thing here either. To illustrate: last December 24 we ate at a restaurant that served a Christmas buffet for the occasion, instead of their regular menu. The only vegetables in the whole menu were a handful of peas and half a chopped onion in the rice salad. To be honest, I must say that in the fazendas in the Pantanal we were served salad and vegetables with every meal, so the rancheros seem to eat a bit healthier. In any case, the meals there were very tasty – and the quantities plentiful. 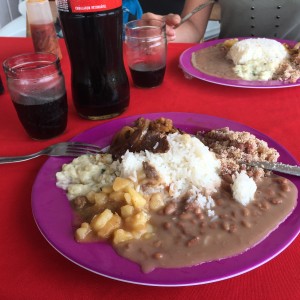 Don’t think that meals here are not well balanced, though. They not only have far too much salt, they also contain far too much sugar, especially breakfast. The fresh fruit juices and the many fresh fruits are tasty and of course not necessarily unhealthy, but besides that, there is a lot of sweetened yogurt, very sweet cereals and cakes with – you guessed it – super sugary glazes.

Whether it is a cause, consequence or accidental correlation is not entirely clear to me, but I regularly see advertisements at pharmacies that announce medication for high blood pressure and diabetes is free or almost free. That is probably not because only a few people suffer from these diseases! I think the sugar and salt mafia are powerful here and the fruit and vegetable lobby still has lots to learn from their European colleagues.

Another thing we noticed when looking for reasonably priced but acceptable restaurants is that you often see dishes for two people on the menu. Sometimes a restaurant will only serve dishes for two. The first time I did not notice it and I found the place very expensive – forty bucks for a main course, are they insane? – but once you are used to it, it’s usually a pretty good deal. Provided you have the same taste, of course, otherwise your night out might not be so much fun. And if you’re in a party with an odd number of people, ordering might be tricky as well.

Also funny in restaurants: couples who eat together often sit next to each other instead of facing each other, as you would always do in the Netherlands. This happens not only when there is a nice view on one side, like on a beach, but in all sorts of places.

Something else we’ve seen a lot of here: buffet restaurants and restaurants where you buy the food per pound or per kilo. We have not tried either kind of restaurant yet, they seem cheap but not very appealing. 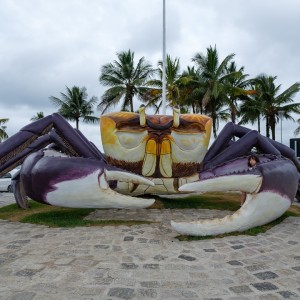 One thing we are very fond of, of course, are the caipirinhas. They are the ideal way to ingest the required two pieces of fruit per day. A ‘caipirinha traditional’ is made with lime, but they can also be made with other types of fruit, such as kiwi, pineapple, passion fruit and strawberry. Since we’re caipira puritans, we have not tried those yet, but we will do that at some point. Another delicious snack found everywhere is pão de queijo. These are a kind of puffy rolls with cheese in them, so that you get a fluffy ball with a crunchy surface and a soft, cheesy inside. They are best when freshly baked and served hot.

Tonight we had ‘bolinhos da bacalhau’ for the first time, a very tasty snack (although these were a bit salty again). Think of the typical Dutch ‘bitterbal’, but with a filling of cod and mashed potatoes. At the same beach bar we also drank the worst caipirinhas to date: with 2 cm of sugar on the bottom (!) and lime that you could hardly taste. To be honest, these were the only bad caipirinhas in our 5 weeks in Brazil so far, so we’re glad we’ve drunk them now (we’re Dutch, we don’t waste alcohol, so I squeezed in some slices of lime that came with our fish balls and stirred as little as possible to stay away from the sugar). Now we can say for sure: the only way is up!