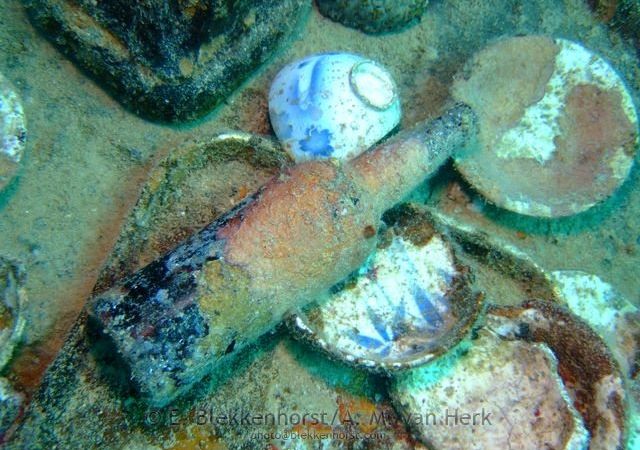 On February 17th and 18th 1944, the U.S. Navy attacked the Imperial Japanese Navy’s fleet that had gathered in the lagoon of the islands of Chuuk; Truk Lagoon. This operation, known as “Operation Hailstone”, turned paradise into hell… Today, Truk Lagoon is known for the many wrecks of Japanese ships and airplanes resting below the surface of the sea. It’s the best place in the world for wreck diving.

It’s so hard to imagine that a place that looks so nice and peaceful was once a battle zone. We just finished our last dive of today, our second dive day in Truk Lagoon. We’re doing three dives per day because we want to see as many wrecks as possible. So far we’ve done four ships and two airplanes. All very spectacular. When you swim into a ship’s hull through the hole that was created on impact of a torpedo, you suddenly realize how violent those two days in 1944 must have been.