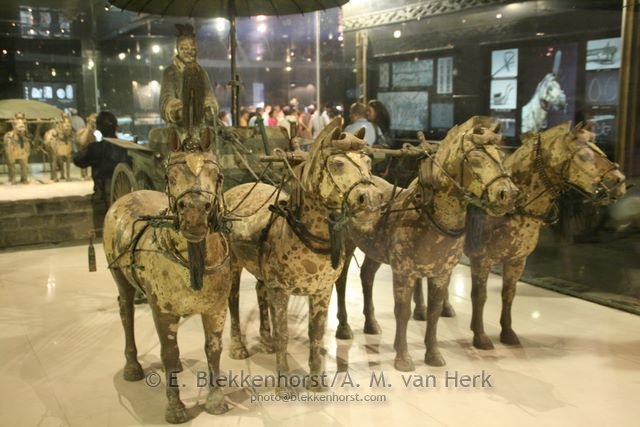 If you plan to visit China in the near future, for the 2008 Beijing Olympics maybe, then I have some tips: Taxi drivers usually do not speak English at all so be sure to take one of those handy “Please take me to <name of your hotel>” cards from your hotel or ask the front desk to write down in Chinese where you want to go. Taxi drivers are not always willing to drive by the meter so be prepared for some hard ball bargaining. Don’t be surprised if they refuse to take you at all. Pedestrians are the lowest life form when it comes to traffic; a pedestrian crossing, or zebra, is just a designated area for running you over. Even when the traffic light is green.

The day after our Li river cruise we did the Guilin city tour. We expected an English speaking driver but instead we got a driver and an English speaking guide; a nice young Chinese woman named Alex or Tsan but I prefer to call her Wei Wei… We were taken on a very nice lake boat cruise that actually takes you across town as a number of lakes are connected. After that we visited the wonderful Ludi Yan (Reed Flute Caves) and took the cable car up to Yao Mountain. The views were nice but not very spectacular; the surrounding hills were hardly visible because of the misty sky. On our way back to the hotel we visited a tea plantation. A bit of a tourist trap but nevertheless interesting. We are now fully qualified for an official royal tea ceremony. Miek, remember: hands in position, one snort and three loud slurps.

From Guilin it was a one and half hour flight to Xi’an in the Shaanxi province at the heart of the country. This city of millions (the Xi’anyang greater area is inhabited by some 8 million people) was once the starting point of the ancient silk route and therefore of great historical importance. Around 2200 years ago, emperor Qin Shi Huangdi, who was obsessed by death, decided to have a tomb built for himself. A tomb that was guarded by a huge army of terracotta warriors. Some 700,000 people worked on it for 36 years, only to find it mostly destroyed by enemy soldiers a few years after it was finished. It was forgotten about and it wasn’t until 1974 that it was accidentally discovered by farmers. This UNESCO World Heritage Site is, like many other world famous ‘must see’ sites, not as impressive as you would think when you finally get to see it with your own eyes. But still, a must see and it is indeed an amazing sight; thousands of statues lined up in what seem to be endless rows. Unfortunately this army was not capable of defending itself when it had to.

The Shaanxi Historical Museum in Xi’an city was very nice. It features a chronological overview of the dynasties that ruled this part of China with some excellent objects, many thousands of years old. A perfect place for us to spend a couple of hours before we went to the airport to fly to Beijing.