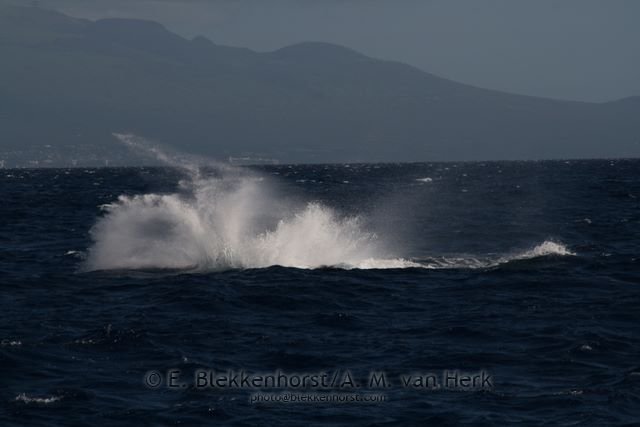 After saying goodbye this morning to the nice ladies (mermaids) at our B&B (thanks Juddee and Miranda) we went to the Maui Ocean Center. They have some nice fish tanks there and lots of information on the humpback whales we were going to see later on our whale watching tour. For some reason, today was a very windy day but the tour was on a big catamaran (not sailing though), large enough to comfortably hold a group of 25 people and not to be affected by the waves too much. It was nice and sunny. A great afternoon to be out at sea.

But we came to see whales.. And we got to see whales.. The spectacularly breaching whales we only saw in the distance. But luckily we saw some groups of whales (with calves) coming up for air and flapping with their fins pretty close by. The tour boats are not allowed to come any closer than a hundred yards from the whales so it’s up to the whales to get any closer than that. It was a spectacular sight at times and out of the many many pictures I shot I think a few of them may even show recognizable parts of real whales.