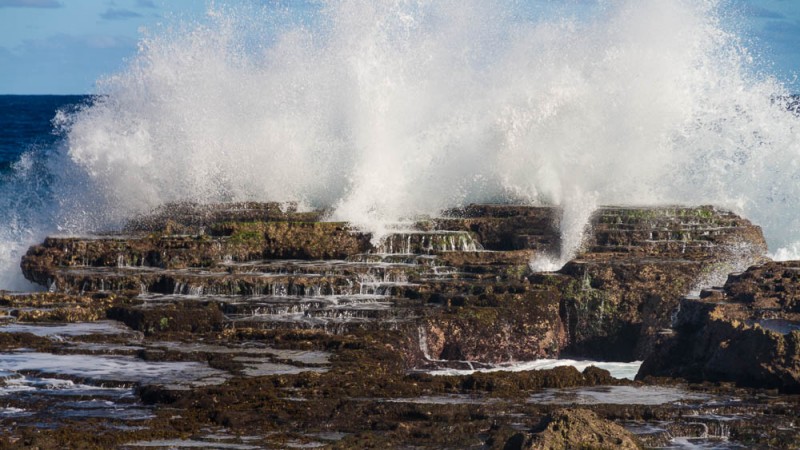 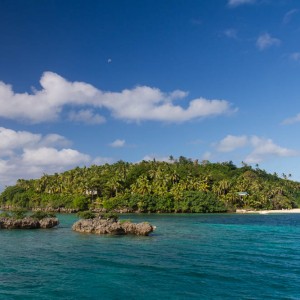 After a very quick 16 hour visit of Fiji (we’ve been there before, after all…) Fiji Airways flew us directly to the Vava’u group of islands in Tonga. Unfortunately, they did not put our bags on the same flight… something to do with weight restrictions and the inability to get fuel on Vava’u. Fortunately, we only had to wait until the evening before our baggage arrived. Too bad for the 6 people whose baggage did not arrive that evening: as it was Saturday, they would have to wait until Monday, because Tonga shuts down completely on Sundays.

Sunday was always a day of rest in Tonga, which is more Christian than the pope, but since July 1st of this year Sunday laws have become even stricter: no commercial transactions are allowed. All restaurants are closed and although hotels are allowed to stay open, they can only serve food to their own guests. Not funny if you own a business… Tonga may be proud of the fact that they’re the only country in the Pacific that was never colonized, but they were clearly unable to escape the missionaries. In that respect, the atmosphere in Tonga isn’t very different from the Solomon Islands, for example.

Although we had bought a few groceries on Saturday, our Airbnb host Tim was afraid we would not have enough to eat on Sunday, so he invited us to a barbecue with his wife and some friends. Vava’u is apparently very attractive for middle-aged and older western men, who may or may not be in a relationship with a local lady. As one of the expats later told us: on Vava’u you find misfits, mercenaries, missionaries and military. We mostly met people from the first two categories and it was clear that some of them would not fit well in our standard lifestyle of acting busy and earning money. And to be honest, with all the horrible news lately about attacks and coups, settling down here for a while is becoming more and more appealing – there’s definitely none of that sh*t happening here. The worst that can happen here is finding a large (huge!!) spider in your bathroom or a restaurant not serving all of the dishes on their menu because they’ve ran out of ingredients. 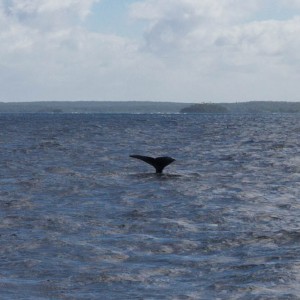 If only we had learnt a proper job! I’m afraid Erwin and I miss some practical skills for island life. Although Ian, an Ozzie who runs a lodge and also the local vanilla growers cooperation, said he learned most of the skills he needed to put his ‘zero waste’ policy into practice from watching YouTube. That we can do, too. Another, very macho Ozzie we met owns a house in a remote place on the Solomon Islands. His big break came when he could do an item for Shark Week on National Geographic channel. Now he’s going to work with a film crew who have discovered an intact plane from WWII, that’s buried in the mud. They are going to excavate and repair it so that it can fly again, and they’re making a documentary about the process. How cool is that? Erwin is very jealous.

But at least we were able to spend ten days living the island life on Vava’u. One of the things that make Tonga unique is the fact that you can swim with whales, but you need to be lucky for them to come close and allow you in the water with them. We spent two days in a boat and although we got to see a number of whales, we could not swim with them. A reason to go back to Tonga sometime later in the season. Tongan diving definitely is not a reason to go back. We did that for two days as well but the dives weren’t great, and the water was very cold – 24 degrees!
We spent the last 5 days on a teeny tiny island off Vava’u, in a resort that was described to us as ‘rustic’ – a fitting description, it turned out. It was very relaxed though, and we spent a nice day on the water sailing in a small Laser-type boat. All in all we loved Vava’u: beautiful, amazingly green and very friendly.

James Cook must have thought the same thing about Tonga, because he named the country ‘the friendly islands’. He did this probably after he and his crew had been invited to a party. Little did he know that that was part of a plot to get everyone together so they could be killed more easily and their ships looted. Fortunately for Cook the local chiefs disagreed on the timing of the whole thing and in the end blew the intended massacre off. Cook never knew he only narrowly escaped… Tonga still markets itself as ‘the friendly islands’ and we think these days the label is spot on. 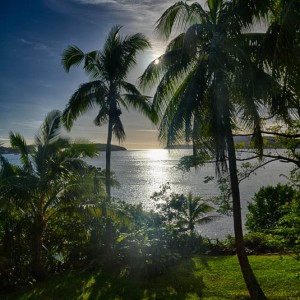 After 10 days in Vava’u we are now in Nuku’alofa, Tonga’s capital on the island of Tongatapu. There are fewer hills here, and fewer small islands around the main island, and the town has at least two roundabouts. Decent coffee is more easily available. It’s a little bit less warm here and apparently that goes for the water temperature as well, so we’re definitely not going diving here. We are renting a car tomorrow and the day after to explore the island. We have found a map with all tourist attractions – think blow holes, beach, a mini Stonenhenge and a three-headed palm tree – so I’m sure it will be very entertaining.

But now it’s happy hour so time for a drink… ‘ofa atu! That means something like ‘my love to you’ and it;s the local version of cheers. ‘Ofa atu!