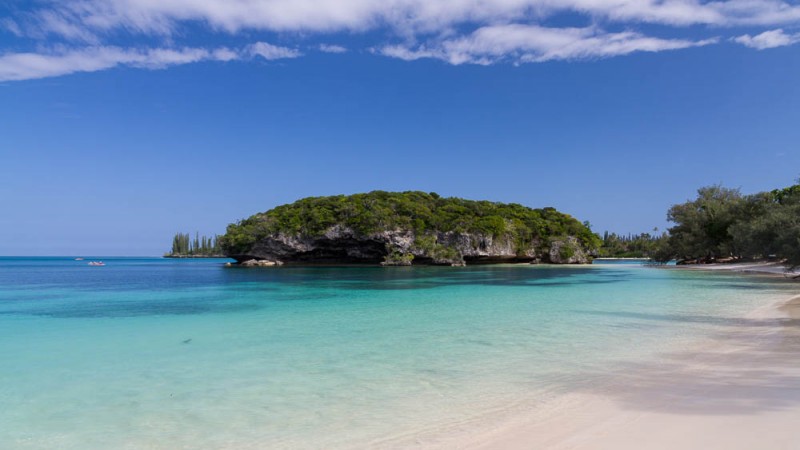 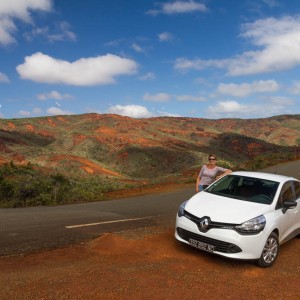 When you travel the Pacific there is one name that keeps popping up: James Cook. The eighteenth century cartographer and captain in the British Royal Navy was the ultimate world traveler. During his expeditions across the Pacific he discovered, visited and named many islands. One of these islands reminded him of Scotland so he named it New Caledonia.

New Caledonia is actually ‘Nouvelle Calédonie’ because the group of islands was later colonised by the French. Just like French Guyana at the time, the islands were used as penal colony. If you’ve read Henri Charrière’s ‘Papillon’ or have seen the movie with Steve McQueen and Dustin Hoffman, you know that life was hard for prisoners.

Later they discovered nickel. And a lot of it; about a quarter of the world’s provisions. That resulted in massive mining but also wealth. The country has one of the highest incomes per capita in the region.

The main island, Grand Terre, has a big mountain range, rivers and one of the largest barrier reefs in the world. Nature is special. There’s the giant fern, as big as a tree. And the ‘pine colonnaire’, a pine tree which is curved due to the wind. And there’s also the Cagou. It’s a funny walking bird that sounds like a dog but ironically its existence is threatened by dogs.

The soil in many places has a deep red color that reminded us of Australia. You wouldn’t be surprised if a kangaroo would hop onto the road. It’s not all that crazy as the land mass was once attached to the Australian continent. 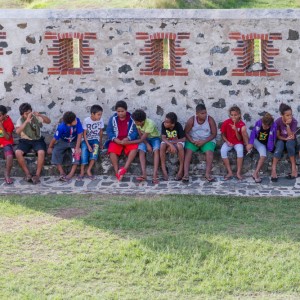 They say that Nouméa, the capital, is the Paris of the Pacific. Well, it is more city than village for sure with a real motorway and very real traffic jams during rush hour, many roundabouts and traffic lights, and a number of beaches and bays with terraces and shops. It could just as well be the French Rivièra. But with Parisian prices.

It’s all very French. The roads, the road signs, the cars, food and wine. It’s weird that they import all that wine from France while they have good alternatives close by. Both Australia and New Zealand are around the corner. The only thing different here is that somehow they still think a cappuccino is made with whipped cream rather than steamed milk and also the large number of pickup trucks you see driving around. They’re a bit like the utes that the Ozzies love so much. Maybe there is some sort of foreign influence after all.

You would almost forget that there is also a native Melanesian population; the Kanak. Apart from the people, it’s the incredibly colourful flower-tent dresses that the women are wearing that reminded us of Vanuatu.

About 45% of the population are Kanak. Many live in their own communities, tribes, where the local chief is still in charge. It is hard to put a finger on where these people stand in society. The UN independence referendum that was held in the sixties resulted in a strong ‘no’ to independence from France. According to UN rules, a new referendum is to be held in 2018 and there is no guarantee that the outcome will be the same this time. 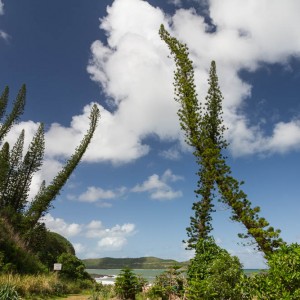 New Caledonia is a fantastic holiday destination. It is not just very beautiful, there’s also a lot to do. Swimming, snorkelling, diving, sailing, kayaking and pretty much any water sports you can think of. But it’s also a very good destination for hiking and there are some serious mountain bike trails. The roads are pretty good and because there is not much traffic outside the city, it’s a good place to drive around on your own. It could even be the perfect place for a second home. One of the AirBnBs we stayed at was a bungalow on the amazing property of a French physical therapist right at the beach. He had all the toys a man could wish for: kayaks, SUP boards, a sailboat, water scooters. Too bad the beach was closed for some time due to a fatal shark attack…

A big disadvantage is of course the fact that it is very remote. And, as many people say in The Netherlands about France (no offence to our French friends): it’s absolutely beautiful but too bad that there are so many French living there…