From Bago to Bagan 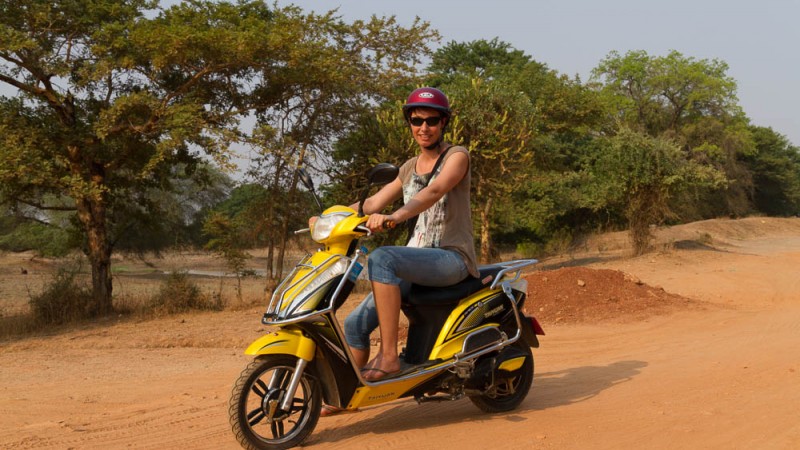 From Bago to Bagan

After two days in Bago we have traveled to Kyaiktyo which is around 100 km further away. The ‘k’ is pronounced ‘ch’ as in ‘cheap’ so it sounds like ‘chaichiyo’. The town itself is not very exciting. The main attraction is the big balancing rock which you can find further up in the mountains at an elevation of around 1100 meters. This rock is mostly covered in gold leaves and sports a a small pagoda on top. Although there are plans to build a cable car to the rock, right now the mode of transport to get to the top is by sitting in the hot sun, on a tiny bench with way too many people (about 50) in the back of a truck. This is an adventure in itself. 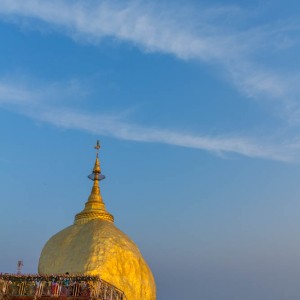 The rock looks pretty awesome. Like most other stupas, this one also houses a strand of the Buddha’s hair. It is this hair that allegedly keeps the rock in balance. Of course.

What we didn’t know is that it’s also a very popular pilgrimage site where large amounts of people come and go every day, all day long, to pray. They often bring their whole family, including the grandparents. Because the rock looks spectaculair at sunset we booked a hotel on the mountain. This also gave us the opportunity to admire the rock at sunrise. So we set an alarm but unfortunately it turned out to be a misty morning. Since we were already awake we decided to go and have a look anyway. The rock looked a bit gloomy but to our surprise we found out that a lot of people had spent the night on the mountain and were all getting ready to pack up and leave the mountain. And that looked pretty bizarre in the mist. 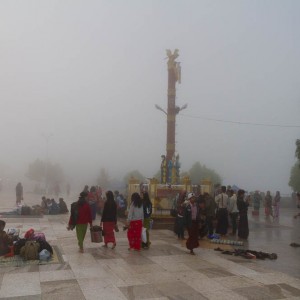 Kyaiktyo Pagoda in the mist

Back in Yangon we had a great evening at the Inya lake which was once created by the British and now serves as a nice place for sunset drinks and dinner.

At the moment we are in Bagan which was once the capital of the kingdom of Pagan. At the height of its power, between the 11th and 13th centuries, over 10000 Buddhist temples were built of which some 2200 are still around today. They sit in an area of 13 x 8 km which makes for a special setting but also makes them easily accessible, especially by electric scooter.

It is slightly hotter here than in Yangon and Bago with a peak of 43 degrees Celsius. The only thing you want then is to sit by the pool with your (e-)book. Since we have time we visit the area in stages which we mostly do in the mornings. That’s not only more pleasant, it also the time with great light which is good for photography. It is great fun to visit all these temples and stupas. Because some are pretty damaged it gives a bit of an Indiana Jones feel to it. Their style and the heat reminds us of India sometimes. 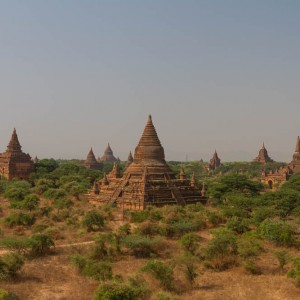 In the mean time the water festival, Birmese new year, has started. That means people enjoy going after weird white tourists to soak them. That is actually pretty nice sometimes as it cools you down a bit. It is all done in friendly spirit and I have to say that people in general are all great. We regularly walk among large groups of local tourists and they don’t seem to be that used to westerners. They give you a weird look at first but as soon as you smile they will always smile back. And we are superstars here. It is really funny to see how people look at you and keep a distance but as soon as the first person has the courage to walk up to you and ask if they can take a picture of you, everyone else wants in on the action, too. We even had a grandson putting his old grandma in between us for a photo shoot. 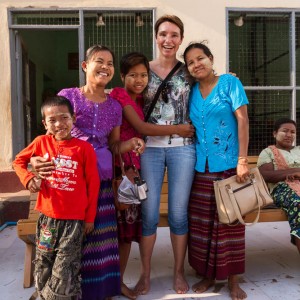