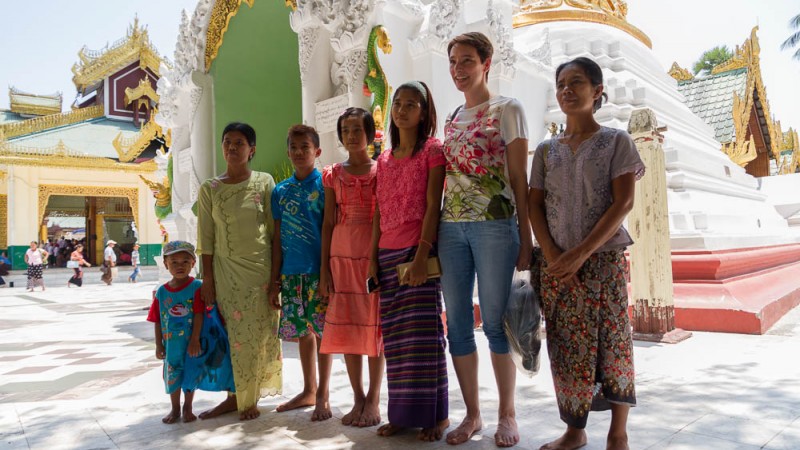 The last blog post on this site dates back 7 years already. Exactly 7 years after that last post we have started a longer trip again. Not 15 months as we did back then. This time it’s four and half months which we think is still quite long. Many people ask us what our planned itinerary is so here you have it:

We have left Amsterdam and with stop overs in Copenhagen and Bangkok we have arrived in Yangon, Myanmar. After 3 weeks here we will fly to Bhutan and after that, via Kathmandu to Lhasa in Tibet. If we get the necessary permits. We have failed two times in the past already. Three times is a charm. So they say… After Tibet we will go to Seoul, South Korea, with a stop over of a couple of days in Xiamen. Let’s hope that Kim doesn’t mess things up in the mean time. From South Korea we will go via Brisbane to the Solomon Islands, New Caledonia and Tonga. Finally we will visit a couple of islands in French Polynesia. On our way back we hope to visit someone we know in Melbourne. 🙂

After a long day and a very short night we have arrived in Yangon yesterday. It is beautiful weather but very hot here: 39 degrees centigrade. We really need to get adjusted to it especially in combination with the time difference. So we’re taking it easy.

In the mean time we have explored quite a bit of town, visited a number of temples and pagodas and have been hanging out at one of the hippest bars in town, on the roof of one of the taller buildings, sipping too expensive wine while enjoying the fantastic view.

At first sight this town is very much like many other warm and scruffy southeast Asian towns. Traffic is a nightmare. Obviously not capable of handling the explosive growth in number of cars. Taxi fare is based on the time spent in the taxi, not the distance traveled.

People are all very nice and some really try hard to have a chat. Like the man with his wife and three kids who, just like us and many others, sat down in the park to escape the heat, and who started to chat to practise his English. Or the 83 year old monk at the Shwedagon Pagoda who asked us for a little contribution for his fare home after a nice conversation. We did get a bead necklace and an apple in return. For good karma we thought.

Tall white people draw a lot of attention here. We are used to this but here we are quite often asked to pose for a photo. Sometimes joining their whole 15 person family. So we are now featuring in many Burmese family photos.