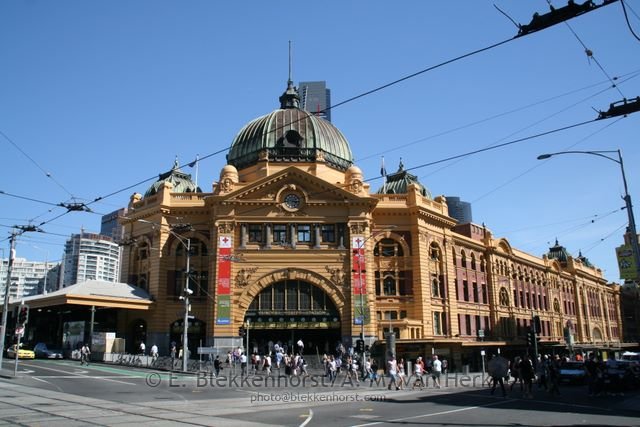 Just two minutes on the passenger ferry and we found ourselves on Raymond Island. The main attraction being a koala colony of around 100 furry creatures.. And we were very lucky; one of them apparently had decided to give us a welcome in the first tree we passed after stepping off the ferry. So cute.. The other 22 plus the one hopping kangaroo we found just behind the small group of houses in a little eucalyptus tree bush.

From there we went along the coast on to Phillip Island, a popular tourist destination in the area, where little penguins are the main attraction. You can actually see them come home at dusk after a long day of feeding in the open ocean. In small groups they come ashore and with their funny walk they climb up the beach to find their nests in the sand dunes and their chicks waiting for them to be fed. It was great fun watching them, together with several hundreds of other tourists… Luckily it was all very well controlled by the rangers and the penguins didn’t seem to mind.

The next day we drove the last 150 km or so to Melbourne. We had been desperately trying to book accommodation online but to no avail; the Formula One Grand Prix is taking place in Melbourne this weekend and, with over 300,000 guests visiting, everything was booked. So we ended up some 15 km north of the centre in a simple motel that happened to be right next to a tram stop. Woohoo! The tram ride takes around an hour but at least you end up right in the centre. Melbourne is a great city and we think it’s even better when it’s not so damned hot. It has been very hot these days in the south and today temperatures in Melbourne hit 40 degrees Celsius.. Pffff.. So we kept the pace low and made sure to visit an air conditioned venue every so often. 🙂

For example: the Game On Exhibition, a temporary show from the film museum, which showcases the history of electronic & arcade games, with displays of old game computers and tens of games you could play, everything from Pong to Pacman to the latest WII game. Nerd heaven, for sure. Like Auckland and Sydney, Melbourne also has a “highest” something, namely the highest viewing platform in the southern hemisphere! On the 88th floor of a skyscraper, with for additional thrills “the edge experience“, where you can stand in a glass cube which extrudes from the side of the building. Guess which one of us went for that… 🙂